ser·en·dip·i·ty
ˌserənˈdipitē
noun
1. the occurrence and development of events by chance in a happy or beneficial way. “a fortunate stroke of serendipity” synonyms: (happy) chance, (happy) accident, fluke

Many times when Our Father thinks that I’m not paying attention very well – He likes to slam things through various readings, encounters, and… even… a few FB posts. By the end of the day, I’m usually shaking my head and saying: “Enough already – I get it!”

And usually – that’s my problem. I “get” the message, but I don’t carry it forward. When Rabbe Jesus was doing His thing, He delivered His messages in multiple stories, knowing that different stories resonate with different people. Twelve disciples + 24 ears + plus a million different interpretations (because we often hear what we want to hear) = a lot of LIGHT to share. And that was the message for today. From the first thing I encountered to the message I read just before I started to type this journal: LIGHT. Even to the childhood song that has been bouncing in my head off and on today:

Rabbe Jesus expanded on the Jewish wisdom of his time. In Exodus, Aaron was told to burn incense every time he trimmed the wicks of the tabernacle lamps. Then it repeats the instruction for trimming the lamps at night as well. According to Jewish wisdom to get the best light from oil lamps, you have to trim the wicks…twice a day. (Ex 30:7) Simple chores for a “young” people just beginning to grow in their faith.

Rabbe Jesus took it just another step further. Light became not an actual thing sitting in a tent covered by the cloud of God. Rather, it became an internal choice lit by the Son of God within each of us. One that we should pay attention to twice a day… by studying the Bible (giving oil to your lamp)…and prayer (trimming the wick). So that as you go about your daily walk, people will see your “LIGHT” in all that you do. “Let your Light shine before men in such a way that they may see your good works and glorify your Father who is in heaven.” Matt 5:16

LIGHT that we choose to share. LIGHT pleasing and glorifying Our Father (just as the incense was in Exodus). LIGHT illumines the path. LIGHT pierces the darkness. LIGHT spreading throughout the world …”all around the neighborhood”…NOT hidden “under a bushel…as long as we “don’t let Satan blow it out.” Rabbe Jesus did all of that on His walk towards Jerusalem. He went into all the neighborhoods, didn’t hide and didn’t let Satan stop Him. That is His challenge to me and you on this lenten journey.

PS: Needless to say, serendipity does work. Thanks, God.

Ray (Dakota Fanning in Uptown Girls) stated: “Every story has an end. But in life, every ending is just a new beginning.” 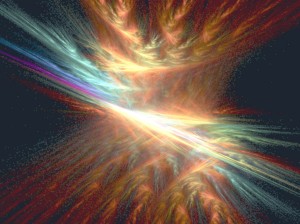 Journeys are many things. We look forward to them (usually). We plan them (sometimes). We see new sights. Learn new things. Meet interesting people. Tell stories about them after they are over. But occasionally, journeys pull us up out of our comfy chairs in the middle of the night. We hear scary sounds. Cry trails of tears. Feel lost in the deep darkness.

“A blinding spark flashed
within the concealed of the concealed
From the mystery of the infinite
a cluster of vapor in formlessness….
Under the impact of breaking through,
one high and hidden point shone.
Beyond that point nothing is known,
so it is called “Beginning”. ~Zohar (p128, The Path of Blessing by Rabbi Marcia Prager)

Christ who was at the “beginning”, now walked the earth as a Jewish man. He grew up, steeped in the oral traditions of His people. Like most Jewish boys, He had memorized the Torah. He knew the rabbinical wisdom of the stories behind the stories. By age 12, He was creating an impression on rabbis who were within this small sphere of His world. He had been tempted by the devil (probably more times than we know) And by the time He began His final journey to Jerusalem, He had already told his followers the metaphor of the temple. Given them the vivid pictures of some of the things to come. Showed them how to move mountains, walk on water and calm the seas. He saw the snakes at the edge of the meadow and yet…He continued walking toward them. It was the end of one journey – the beginning of another…just like Ray said. 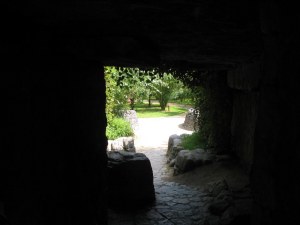 “The people walking in darkness have seen a great light; on those living in the land of deep darkness a light has dawned.” Is 9:2